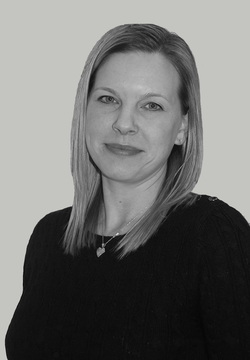 
Andreja was born in Philadelphia, where her dance training began at age five in the Voloshky School.  At age 14, she became an assistant instructor and shortly after a company member.  Andreja was appointed assistant director of the Voloshky School from 2004-2007.  Andreja received additional training at Syzokryli Ukrainian Dance Ensemble’s workshops under Roma Pryma Bohachevsky, and worked at Voloshky School's academies studying with Stepan Zabredovsky, Dean of Ukrainian dance at Kyiv National University.  Andreja traveled with Voloshky to Kirovohrad, Ukraine to study under Anatolij Kryvochyzha, earning a degree in Ukrainian Dance Pedagogy and Methodology. She was also a company member of the Eastern European folk ensemble, Duquesne University Tamburitzans, and has been guest artist and instructor with various companies.  Andreja has a degree in Early Childhood and Elementary Education and is married with three young boys, who are students in the Voloshky School.