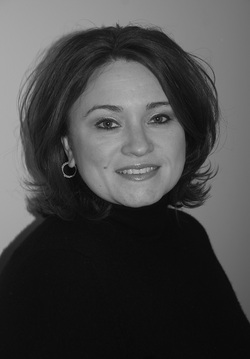 
Christina was born and raised in Philadelphia.  Her love for Ukrainian dance began at age five, when she enrolled in the Voloshky School of Ukrainian Dance.  At age 14, she became an apprentice of the Voloshky Ensemble and not long after became a company member. Christina performed with the Voloshky Dance Ensemble for over 15 years throughout the United States.  Christina also has trained at the Syzokryli Ukrainian Dance Ensemble summer workshops under the direction of Roma Pryma Bohachevsky, and in ballroom and Latin dance. Christina has a degree in Finance and International Business and is in her third year as the Voloshky School Administrator.