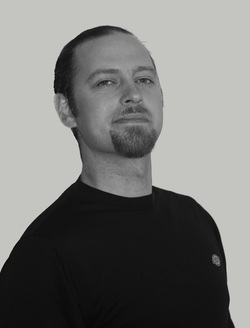 
Mark is from Philadelphia and began his dance training at age six with the Voloshky School, and at age 14, was accepted into the Voloshky Ensemble.  He was a company member for 15 years, with whom he traveled to Kirovohrad, Ukraine to study under Anatolij Kryvochyzha, earning a degree in Ukrainian Dance Pedagogy and Methodology. In addition, Mark also participated in workshops under the direction of Roma Pryma Bohachevsky of the Syzokryli Dance Ensemble.  In 2000, Mark spent six months in Kyiv, Ukraine training with the Virsky Ensemble and School.  After his return, he was invited to teach in the Voloshky School.   While on staff at Voloshky school’s academies, he studied under Stepan Zabredovsky, Dean of Ukrainian dance at Kyiv National University. Mark was also a member of the eastern European folk ensemble, Duquesne University Tamburitzans, and has performed as guest artist with various dance companies.