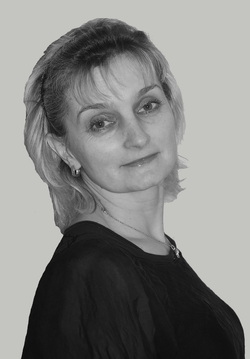 Oksana was born in Lviv, Ukraine where she began her dance training at age seven in a children’s dance ensemble.  At age 14, she was accepted into the distinguished Ukrainian vocal-choreographic ensemble, “Halychyna” of Lviv, under the direction of the prominent ballet master and ethnographer, Jaroslav Chuperchuk, as well as his student, National Artist of Ukraine, Oleh Bobkiv. She performed with “Halychyna” across Europe, United States, and the Olympic summer games in Moscow. After migrating to the United States, Oksana began teaching in Philadelphia’s Ukrainian Heritage School, as well as the Voloshky School of Ukrainian Dance.  She has a degree in education science and has three children, who have continued the tradition in the Voloshky School and Ensemble.