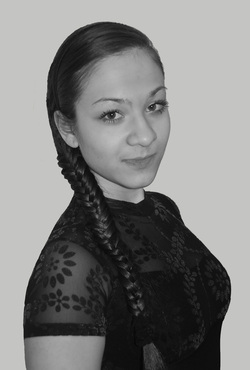 Zeeshan was born in Philadelphia, PA, where she began taking lessons at the Voloshky School of Ukrainian Dance at age four. At this young age she also began classical ballet training with the Dmitriy Khirovohrodsky Dance Academy and the Metropolitan Ballet Academy of Jenkintown, PA.  She continued her training with the Olga Kresin Ballet School, as well as taking lessons in Middle Eastern belly dancing, classical Indian and Bollywood dance. Zeeshan became a company member with the Voloshky Ensemble at age 15, where she continues to dance today.  Zeeshan is also a member of Flamenco Olé! and a student at J.R. Masterman. where  she has choreographed her school’s musical productions.  Through her love of dance, she has traveled to Bangladesh on a charity mission, performing benefit concerts to endorse the Bangladeshi Women's Empowerment Movement.